Your screen is too small to play this game,
try increasing the window size or play on a bigger screen.

Choose a version to play
Alpha 0.2
Alpha 0.1 (legacy)
By playing this game, you agree it is an early alpha version, it does not work on mobile/touch devices, is optimized for Chrome and your save file might not work with future updates. 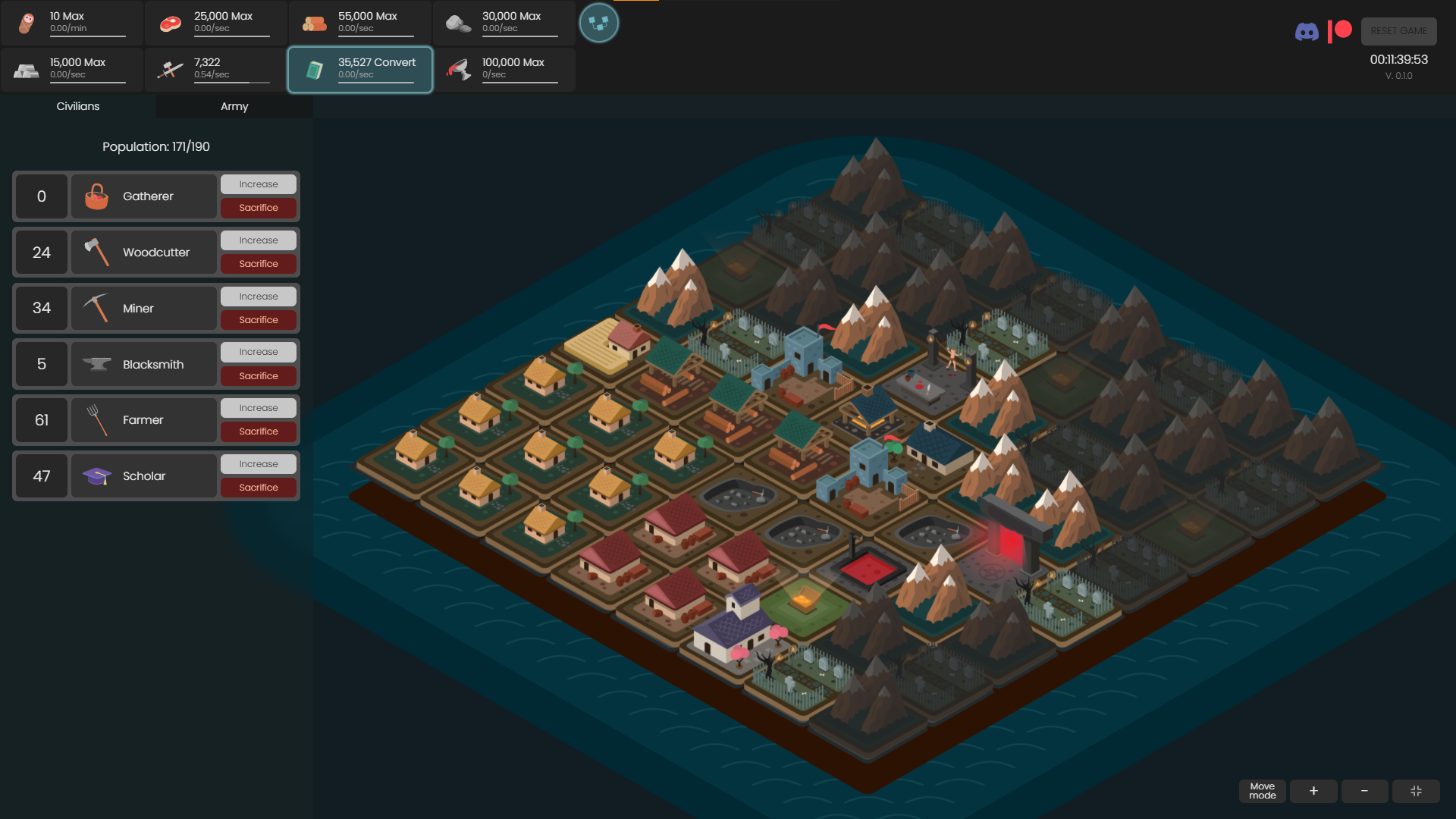 Feartress now has a Steam page! Please add it to your wishlist!

As always, please join my Discord server to discuss the game and give me feedback!

After a few delays, I have finally finished the first major update. This update changes the combat system, adds more enemies, skill Books and a ton of other new features to the game.

As always, please join my Discord server to discuss the game and give me feedback!

Unfortunately, I am not able to finish all the features for the next update before the month is over and rather than releasing what I have already made, I have decided to delay the release by a month.
One of the reasons being that I ended up spending about 3 weeks on redesigning all the tooltips. This was not originally within my scope for the next update, but I received so much feedback about the tooltips that I just had to do something about them.

I have been working hard on the next update for Feartress. So far, I have finished the inventory system, shop, graphics for new enemy buildings and units, new combat system and halfway through the first of 3 new perk books.

I am planning on releasing it this October! You can read more about the features coming in the next update in the roadmap.

If you want to support my project and see screenshots of the upcoming features, consider becoming a patron!

I made this game to learn javascript. Before I started, I couldn't even make a number go up when you click a button.

The game is optimized for Chrome and other chromium based browsers. On Firefox the game doesn't look 100% as intended, but it runs just fine. The game is broken on Safari, as I do not own a mac to debug it.

This is a very early alpha version of the game, so there are still a lot of missing features. If you want to learn more about the features I plan on adding to the game, check out the roadmap.

To make this game happen, I need your support! Please join the discord and consider becoming a patron on patreon if you like the game.

-incrementilon
Roadmap
This is what I plan on adding to the game and the rough order I plan to do it in. I reserve the right to change the content and/or order at any point.